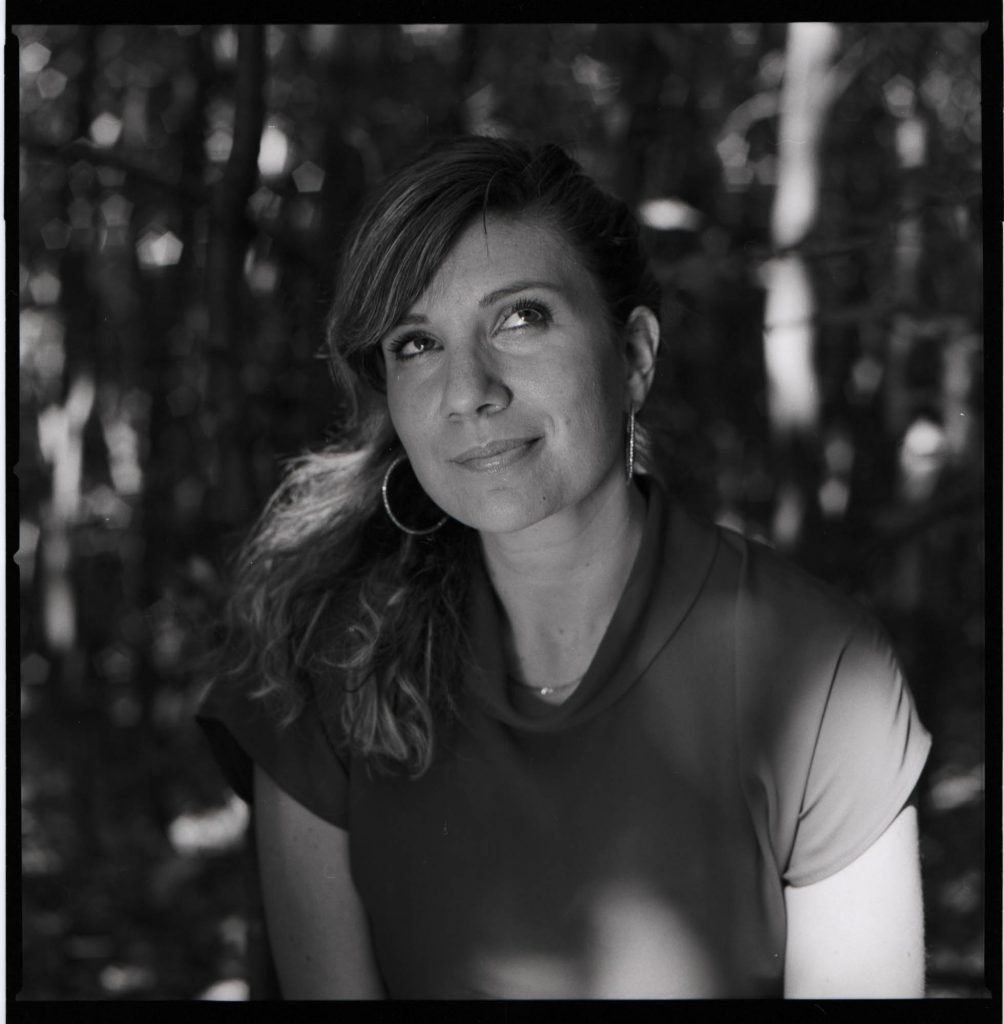 5 weeks – 5 songs – 5 background stories in the second season of the Sunday Songwriting Chronicles. It ran under the title: SongTales. Or Dalmesék, because it was available only in Hungarian.

Now you’ll find all 5 stories collected here, along with the 5 songs, and we translated it for you to English! Enjoy!

stranger after a concert: Well done, but who understands these lyrics in English?!
Vera: Hopefully quite a few people even in Hungary.
saac: Yeah, but Hungarian is the common language here.

I could start this episode by copying my Hungarian lyrics here.
But what am I, a buffoon?! Nooooo, I’m a simple songwriter aware of her limitations.
Or no, I’m just lazy, good-for-nothing, (foreign-hearted!4!), not using the Hungarian language well, narrow-minded etc.

OR I’m just not good at writing Hungarian lyrics.

And yes, I started my band 10 years ago and I’ve been listening to #whenwillyouwritehungarianlyrics ever since. It’s sometimes a disturbing and intrusive question for an autonomous creative person, and sometimes it’s damn overwhelming, because: fuck it, I can’t.

Because I can’t. And I had to find someone who not only could but could also transfer his “can” onto others. Is there such a thing? Transfers his can. (Vera, please continue. Ok.)

A room converted from a small warehouse on Maria Street, on the floor above the former Radio Tilos, it’s 2017.
We met with Gyuri Hegyi in person on the shooting of Dalfutár, although I knew all Emil.Rulez songs by heart by then. Yes, those lyrics were mostly written by Gyuri and not by Hajós. You are welcome.

So we sat there, he smoked, I played the guitar and talked to him about my life. Sorry in hindsight, I was going through a rough patch.

I showed him 5 or 6 song ideas, Gyuri had ideas for everything, and at the end we chose one that didn’t annoy me. That’s the chord progression you hear going round and round in the song.

So what could the chorus be? What fits there? We searched for a word for hours. A word that expresses everything we feel when something in our lives suddenly clicks into place. When you sip your coffee (this isn’t a commercial, by the way) and look out the window (don’t think about George Clooney, please) and think: everything is fine now.

That’s what “Borzongásaim” means. To arrive, if only for a teeny tiny moment. That’s what I needed, to get out of the mess, to be in the right place.

Teacher: This is the creative bubble where everything can be expressed! Feel free to take off your shoes!
Vera: Uh… our shoes?
T: Yes! This is not a school now, it’s a pillow of soft clouds and rainbows where wonder is born!
V: …

I went to music school in London, where I graduated in songwriting. When people find out that I studied “ABROAD”, in the capital of pop music, they usually think that one only meets fantastic and inspiring people and that one would surely get key, the greatest secret of songwriting, right there. After all. Abroad. West! Geti it?

I’d like to approach this from two perspectives. One is extremely trivial: There are some very cool cities, like London, but there is also bad music there. Obviously, there’s nothing new in it.
The second angle: Everything can be inspiring, even if you’re upside down in it.

I’m in a songwriting class in 2012. My teacher is a super nice guy, he means well. I like him as a person, professionally he annoys me. He can only talk about the pink unicorns of creativity, he knows a lot of Coelho quotes and if you mention a slightly darker performer, he immediately starts talking about their drug problems from 20 years ago.
For one of our exams, we had to write a song with a predetermined title: DON’T FORGET TO SAY ‘I LOVE YOU’ BEFORE YOU SAY GOODBYE

Let’s not forget that I am 24 years old at the time and my favorites are Radiohead and Nick Drake. I mean, I could not have used a more depressingly cheesy song title in my life. Needless to say, there was a string of beautifully jingling songs from my classmates. There was love, hope, forevertogheter and all that everywhere.

It was clear to me that the only way I could face this challenge was to go against it. I searched for the darkest chords on the guitar and immediately visualized wolves. I saw the little cabin in the middle of the woods, the fear, and the dark blue night. The lyrics worked immediately. This is not a morning-goodbye-kiss-before-work song, but a clinging to the edge of the gorge.

And so Don’t Forget was born. This is how we tame our wolves together at every concert.

Vera: For me, this music is cold.
Someone: I think you’re too sensitive.
Vera: Maybe, and maybe that’s why I’m a songwriter.

We had this custom with a good friend of mine for a few years to meet up on Christmas Eves after the family bash and have a long talk into the night. We touched upon pretty intimate and deep issues.

Once, after being left home alone, I was thinking about how cold I felt in certain human relationships. I still get the chills when I think about the looks in their eyes. All the stupid weights we get generations before that we don’t clean up in our present lives. The numerous tiny little injuries we casue others and expect the other to bear and love us this way (or despite it). Thoughts behind unspokenness, expectations and obligations. Sounds familiar?

Cold Fire slipped out this evening as if it wasn’t written by me. As regular SSC readers know, moments like this rarely possess the likes of me. But once I have that little angel thingy on my shoulder, it gives it all it’s got. I didn’t have to think about anything, the rhymes came and with them the harmonies on the guitar.

It’s not worth living in such a way that we isolate ourselves from others. Our relationship need work and there are things worth investing time and energy in. And as for the cold ones, we have to somehow find a way to let them go in a way that we can still wish them well.

It is very difficult for me to keep in touch with many of my friends right now. The physical distance has also bred emotional distance and as the weather turns nicer I have to force myself to start having a social life again. Slowly, nice and slow.

Cold Fire, as you may have already realized, is not a love song, although I know many of you romance to it. For me, this song is about warmth. It’s about us having a connection.

Well, that turned out to be a bit cheesy. But we need this too, not just the horsing around.

Friend: Yeah, it’s a tough world, but that’s the way it is.
Vera: But where’s the rebellion? Where do artists write/paint/sing enough? Who throws their guitar into their amps?
F: That’s totally outdated, ridiculous..

As a little girl, I loved artists who held a mirror to the world that made my heart sink. Even if it’s shocking, it has always been important to me to be touched, to be shaken up by good art. It’s called THE HUMAN EXPERIENCE.

The point is that I can feel my flesh when it’s being pulled. I can feel my heart, my chest when somebody tramples on it. Or sits on it.

For example, this week’s Israeli-Palestinian civil war situation has been a serious punch in the gut. Homes, lives vanish and that sort of thing. Got it? Doesn’t it make you anxious? Have you given a thought to how lucky we are to have a home that’s not likely to blow up any time soon?

Saving the world would be a bit of a tall order (and “saving” means different things to different people), but solidarity is extremely important. It’s going out of fashion, but ho ho! Back to Earth, my friends! We’ve been in shitty situations too, and it was nice when someone stood by us, even if only by saying “huh, I’m sorry!”

That’s what Moments is all about.

There was a campaign on Instagram in which women posted FF pictures of themselves with #womensupportingwomen caption, remember? This was inspired by the violence and cruel legislation against women in Turkey. For some reason, the news didn’t reach as many people as all the pretty pictures of us.

Moments (for me) is about now being the time to stop being afraid. To stand up and say: THAT’S ALL, FOLKS. Enough of the victim-blaming, the humiliation and being knocked to the ground. My friend Péter Závada helped me with the lyrics. He was a huge support in the visual unfolding of this difficult subject.

So we need the love and the sunshine-is-walking-through-my-heart-again songs, but we really, REALLY need the ones in which we say: this world sucks, let’s change it!!!

Neighbour: Nooo, that’s too bad!
Vera: Yeah, but I found it..

BE CAREFUL WHAT YOU WISH FOR

There was a boy… and there was a… well, I’m not going to start like that.
I’ll start by saying that you already know the cardinal rule of songwriting: if you’re going to write a lot of songs, it’s best to let a train wreck’s worth of pain through yourself. The easiest and shortest way to do this is to fall in love and then break up. Or if the other breaks up with you.

So a bit of self-mortification, lots of time alone in your pyjamas, standing aimlessly in front of the fridge, and when you’ve eaten everything, you find the guitar. (No, you don’t eat it, dah)

By the way, that’s not how Find Your Keys was born. 😀

It does have a breakup involved, I just wasn’t yet in the pyjama state when I wrote it.
I was having a gig in a fancy bar, where the ex showed up “as a surprise”. Maybe it helps the concert go better. Yeah, it went pretty well. I went to the toilet and recorded “these ghosts keep following me” on my phone. I thought I would write some groovy beat to it and it’d be the mosh pit song of my sets.

But that didn’t happen either.

Because sometimes it takes a surprisingly long time to process a relationship. I was already in a different place when I wrote the rest of Find Your Keys. I didn’t even remember who it was about or why I was writing it. It just came. And I’m such a HUGE poet!!! The events of our lives are like doors that open into each other..and we hold the key to them…but oh, what if we lose the key…what happens then… – if reading this you would give me a degree in philosophy, don’t hesitate, it makes sense.

But no one ordained me the next day, although I really felt I had the Lapis Philosophorum. However, I realized in the swimming pool with wet hair that I had lost all my keys..